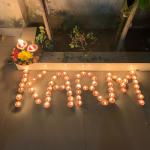 Launched on 29th September, 2019.. on popular demand from MAHARAJI JI’S disciples & followers all over the world especially from US and Russia for MAHARAJ JI’S LECTURES in English.. Visit Channel 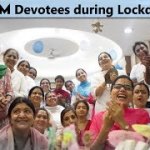 This play reflects the blissful life of KARM Devotees even during Lockdown period by the MERCY OF MAHARAJ JI.. living as per the Teachings given by GURU MAHARAJ JI. It is a small gesture of thanks to SRI GURUDEVA during the period of Lockdown.
Watch Video 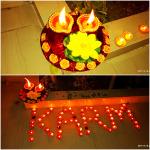 Kärtika, the king of all months, is the most dear to Lord Çré Kåñëa…However, it is Çrémati Rädhäräné’s grace which makes the month of Kärtika more glorious, for she is the queen of this month and its an opportunity for us, the Gauòéya Vaiñëavas. For KARM Devotees, it is utmost special as this is the only month to receive special Blessings of the Lord and to become all the more dear to the Lord.Read More 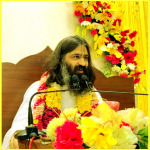 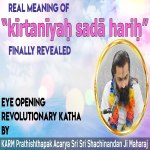 Through this Video, SRI GURUDEVA Elaborately Explains through different references from different Scriptures- Vedas, Purans, Vishnu Darmottar, Katyani Samhita, Brihad Bhagavat, Caitanya Bhagavat etc. to name a few.. and through many examples of Acaryas- Arjuna Ji, Tukanaam, Jaana Bai, Hanuman Ji, Valmiki etc.. of how Naam can be taken always, who can do, what if one does not do etc. . Watch Video 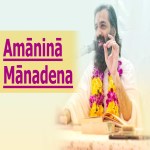 In this VIDEO, SRI GURUDEVA ENLIGHTENS us with the third aspect- “amāninā māna-dena” i.e., not to expect personal honour but to give respect.
SRI GURUDEVA reveals the intricacies, mystery of ‘respect’.. It has been compared to that wife whom only that husband attains who does not want it.. In other words, one who desires respect never gets it while one who never desires receives it effortlessly. Watch Video 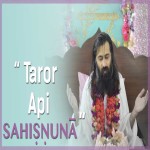 In this VIDEO, SRI GURUDEVA ENLIGHTENS us with the second aspect- “taror api sahiṣṇunā” i.e., to be tolerant.. through the beautiful Teachings from the life of Saint Jaidev. Also SRI GURUDEVA EXPLAINS the reason why we are not tolerant and the way to be tolerant. Watch Video 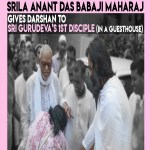 This is the Historical Video which once again exemplifies the INFINITE LOVE OF SRI BABAJI MAHARAJ for SRI GURUDEVA… when on the request of GURUDEVA, BABAJI went to give His Darshan to GURUDEVA’S 1st DISCIPLE Krsna aradhya mataji in a guest house in Radhakund, even at the age of 90 Watch Video 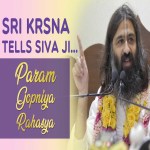 Through this VIDEO, SRI GURUDEVA reveals and gives a detailed explanation on the Param Gopniye (highly confidential) Sri Krsna Naam.. which is chanted even by Brahma and Shiva.. which is not attained even by Laxmi.. which is very rare and which is the topmost.. Yet His attainment (in the highest Ras) is possible for us, the conditioned souls of this kaliyuga, by the mercy of Lord Gaurang Mahaprabhu through Manjari Bhava Sadhana. Watch Video 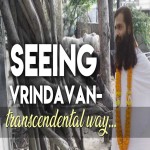 Lord Sri Krsna is non-different from His Abode.Through this Video, SRI GURUDEVA blesses us with the Vision to see the Chinmaya Dhama Sri Vrindavan.. to realise the fortune of being there. Watch Video 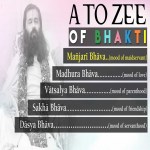 A to Zee Of Bhakti

This is the Historical Session.. on A to Zee of Bhakti, i.e., till Manjari Bhava. A to Z is till Gopi Bhava.

Now, What is Manjari Bhava? What is Gopi Bhava? SRI GURUDEVA has very elaborately Explained the different Bhavas in which one can have relation with the Lord- • Dasya Bhava • Sakhya Bhava • Vatsalya Bhava • Madhur Bhava • Manjari Bhava Watch Video 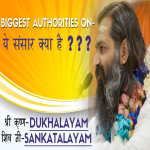 In other words, this material world is dukhalayam (a place of miseries)..

Lord Shiva also has the same opinion about this world. He calls it- Sankatalayam (a place of crisis/troubles).

Through this Video, SRI GURUDEVA Elaborately explains about the Miseries which surround conditioned souls- Watch Video 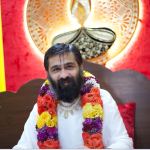 THE ALL-AUSPICIOUS MONTH OF KARTIKA 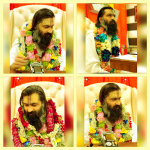 As it is said that one who has not experienced GURU in his life, he just doesn’t knows what he is missing in his life..the presence of GURU is the only auspicious thing in life. We, KARM Devotees, are those BLESSED ones who have been BLESSED to be under the DIVINE SHELTER of our ÇRÉ GURUDEVA and our fortune knows no bounds, as we are BLESSED with the Opportunity to do VYÄSA PÜJÄ of our reverred ÇRÉ GURUDEVA.. Read More 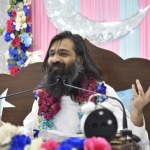 The 10th Glorious Appearance Day of our Beloved Deities, the Sevita Vigraha of our Revered ÇRÉ GURUDEVA, ÇRÉ ÇRÉ SACÉNANDANA JÉ MAHÄRÄJA, was celebrated with full vigour in a huge, grand, magnificent manner in New Delhi on May 18th-19th, 2019.Though these Lélädhäré DEITIES keep performing several léläs from time to time. This year, on their 10th Appearance Day, they once again performed Vicitra Lélä… Read More